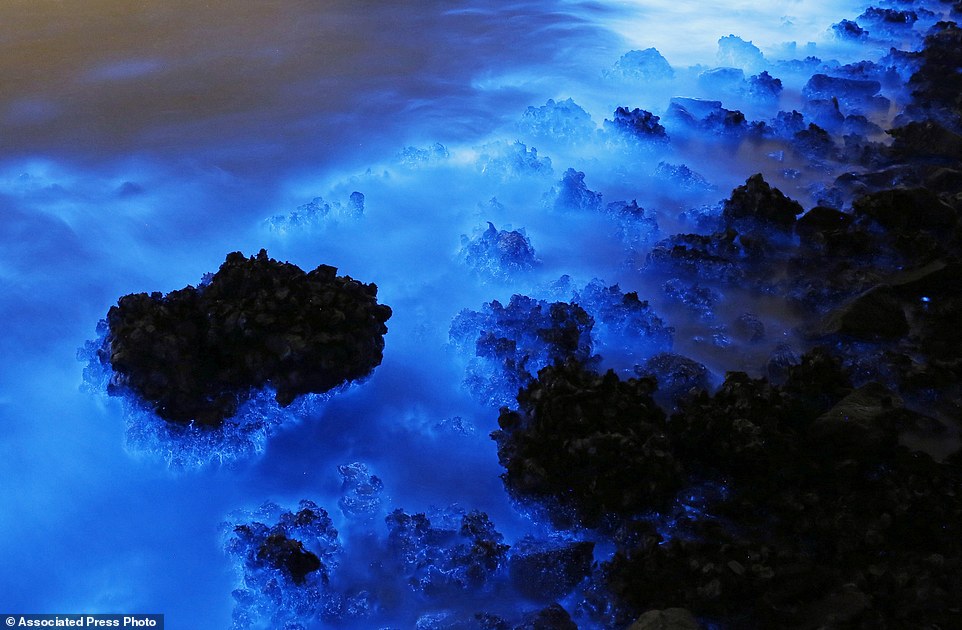 This Thursday, Jan. 22, 2015 photo made with a long exposure shows the glow from a Noctiluca scintillans algal bloom along the seashore in Hong Kong. The luminescence, also called Sea Sparkle, is triggered by farm pollution that can be devastating to marine life and local fisheries, according to University of Georgia oceanographer Samantha Joye. Noctiluca itself does not produce neurotoxins like other similar organisms do. But its role as both prey and predator tends can eventually magnify the accumulation of toxins in the food chain, according to R. Eugene Turner at Louisiana State University. (AP Photo/Kin Cheung)