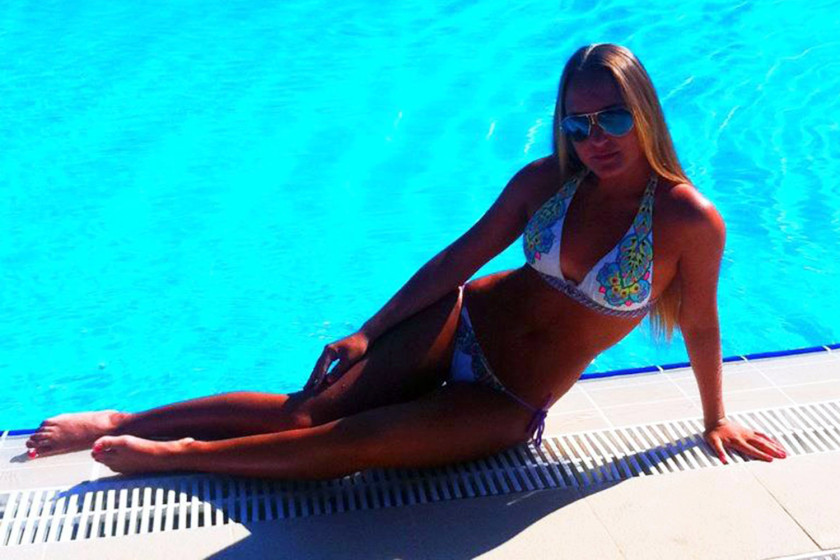 Pic shows: Russian tennis player Violetta Degtiareva has died from heart failure after apparently collapsing during a training session. Friends and colleagues of a stunning 23-year-old up-and-coming tennis player have expressed shock at the news she had dropped dead from a heart failure. Russian Violetta Degtiareva was already ranked 1,084 in the world with her highest ranking at 947 despite her young age. Her most notable career moment was reaching the quarter-finals at the ITF-Turnier in Turkey. But it was her stunning good looks that had already put her in the top 10 and she was being hailed as the next Anna Kournikova, also a Russian tennis player who despite never winning a major title achieved celebrity status because of her good looks that made her one of the highest earning players of all. And blonde Violetta had also started to attract similar fame, but has now suddenly died from heart failure after apparently collapsing during a training session. The blond beauty reportedly suffered heart failure and it is not yet clear as to whether she died at her training centre or on the way to hospital. News of her death was not immediately released and only became public when her close friend and fellow tennis player Anastasia Vdovenco posted it on Facebook, where it was picked up by Russian media. Anastasia said: “I can hardly believe it. Rest in peace.” (ends)¬¬